Join host Peter Adams from the News Literacy Project for a conversation with Chicago Sun-Times reporters, Chris Fusco and Tim Novak. Fusco and Novak discussed their recent investigative work and described some of the unique challenges of investigative reporting. They also gave advice for young people and other citizens who are interested in playing a watchdog role and discussed the importance of effectively evaluating political issues, news, and candidates during election season and beyond. This hangout was part of a special series on “Building News Literacy, Critical Media Skills, and Political Awareness Today” produced in connection to Letters to the Next President 2.0. 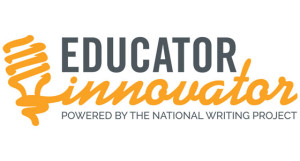 Educator Innovator is an initiative powered by the National Writing Project that connects educators and partners who are re-imagining learning.