Behind the Scenes at the PBS NewsHour Democratic Primary Debate

The night of the PBS NewsHour Democratic Primary Debate in Milwaukee, Wisconsin, four Wauwatosa West High School students had an all-access pass to film behind the scenes. Pushing past the tight security and NO ENTRY signs, they interviewed the event director, city mayor, and major political analysts. Find out what those officials said in this short recording. 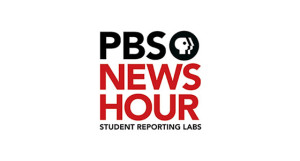